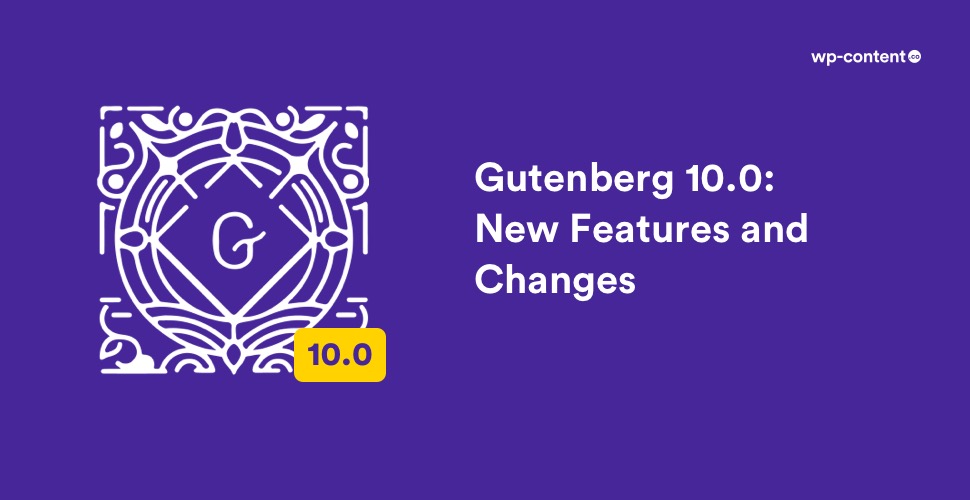 Version 10 of the Gutenberg Plugin is out now. The new version was released on 17th February as the 100th iteration of the block editor. Version 10.0 presents a brand-new vibrant pages block for developing navigation menus which can be included inside a Navigation block or utilized by itself.

Occasionally, when you’re clicking around the inside block editor material, it’s tough to pick the parent block with embedded blocks. This release makes your parent block selector visible and offsets it in the block toolbar. The new version also comes with a darker social links state for dark styles, brings block patterns to the inserter for design template parts and other non-root level positions, and enhances keyboard navigation in the block patterns inserter. Thus, 10.0 ensures that the users are in sync with the full site editing goal. Other major enhancements in the version include:

Developer of the plugin, Riad Benguella marked the 100th release as a turning point with a couple of reflections from his distinct viewpoint as a technical lead on the task. In his note, he has said that they will continue doing their best to push forward, improve what’s already shipped and add new exciting features to the Gutenberg plugin. Also, in the comments of the new release post, Gutenberg users have cited the themes and plugins that have helped them walk up into delivering sites built 100% with the block editor.

The aim of introducing Gutenberg to the WordPress world in 2016 was to make the experience of designing and publishing a site more intuitive and customizable in a simplistic manner. The block editor was created and absorbed into the WordPress core so that WordPress development will be optimized for Gutenberg’s use. So love it, or hate it—Gutenberg is here to stay.

Disclosure: This post may contain affiliate links, which means we may receive a commission if you click a link and purchase something that we shared. Read more about Affiliate disclosure here.

Exclusive updates and quality content only. Unsubscribe any time.