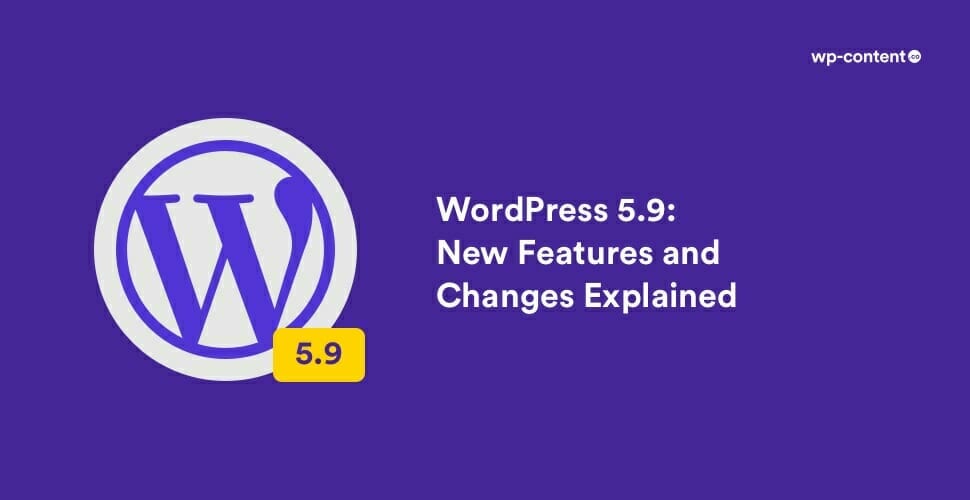 WordPress 5.9 is getting ready in the WordPress lab and the version is proposed to have some great features and a new default theme – Twenty Twenty-Two. In September, Josepha Haden Chomphosy published a planning roundup of WordPress 5.9. According to the proposed schedule, WP 5.9 will have a general release on 14th December, 2021. According to her, the scope of WP5.9 include the following suggested roadmap:

There are also a few roadmap hopefuls as well.

Earlier this year, WordPress released WordPress 5.7 Esperanza and WordPress 5.8 Tatum and WordPress 5.9 will be the third major release in 2021. The release of WP5.9 is led by Matt Mullenweg while Jonathan Bossenger is the Technical Writer and Josepha Haden is the Marketing & Comms lead. Other names are yet to be announced. The WordPress 5.9 Development Cycle has all the details.

This article will cover all the most important features and changes that are anticipated in WordPress 5.9.

The main goal of 2021 is getting full site editing to all WordPress users. Full site editing provides a collection of features that bring the familiar experience and extendibility of blocks to all parts of your site rather than just posts and pages. The first version of full site editing was included in WordPress 5.8 and WP5.9 will have it extended.

The navigation block and navigation screen projects have been underway for quite some time and are a main target for 5.9. With the principal tracking issue about to be completed, a large part of the remaining work is to improve the user experience, reduce complexity, and test as much as possible on themes.

WP5.8 introduced the scaffolding necessary for themes to take the reins over how various aspects of blocks render and how the interface is controlled. Naturally, the next step is to develop the user interface that will allow users to interact with these style properties. It should be appreciated how important it is to leverage the global reach of CSS rules as we combine it with the power of blocks. The current structure deals with two large groups of design targets: blocks and elements. Elements represent things that can be styled globally and across blocks (such as “text”, “links”, “captions”, etc).

Twenty Twenty-Two will be the default theme for the coming year and it will be integrated with WordPress 5.9. The theme is designed as a light, resilient and reliable theme with a hint of playfulness. Twenty Twenty-Two is designed in such a way that its default appearance is not going to be the endpoint. Each user deserves a website that is truly unique, built on a well-designed, solid foundation, and this new theme is going to help them achieve their needs.

The effort to bring better and more consistent design tools are still in progress. These tools need to integrate smoothly with both the block API (through the “supports” mechanism) and theme.json. One of the main goals is consistent access to similar tools across blocks, including third-party ones.

The core’s Lazy Loading Images will be improved in the WordPress 5.9. Initially WordPress themes used to come with lazy loading images, where images and iframes that are not needed at the moment are loaded with a delay. But, in WP5.9 this will be modified by excluding first images or iframes in the code from lazy loading. After testing on 50 most popular WordPress themes, it was discovered that adding it to the first image or iframe element provided an average improvement in the LCP Core Web Vitals score by an average of 7%.

The Alpha version of WordPress 5.9 is now available for testing, but you should remember that this is not a stable release and you should not try this version on a production site. Beta 1 is expected to be released on November 16, 2021 followed by Beta 2 on November 23. These will be more stable than the Alpha but you could still test it in a non-production environment.

To get involved in WordPress core development, go to Trac, and pick a 5.9 ticket. For any help, you can check out the Core Contributor Handbook.

From the looks of it, WordPress 5.9 will be a game changer with the said features and quite sophisticated default theme. The version will be released in December and users can surely experiment it on your websites.

News, deals and exclusive updates, delivered to your inbox every Tuesday. Subscribe only if you love WordPress. We hate spam too.