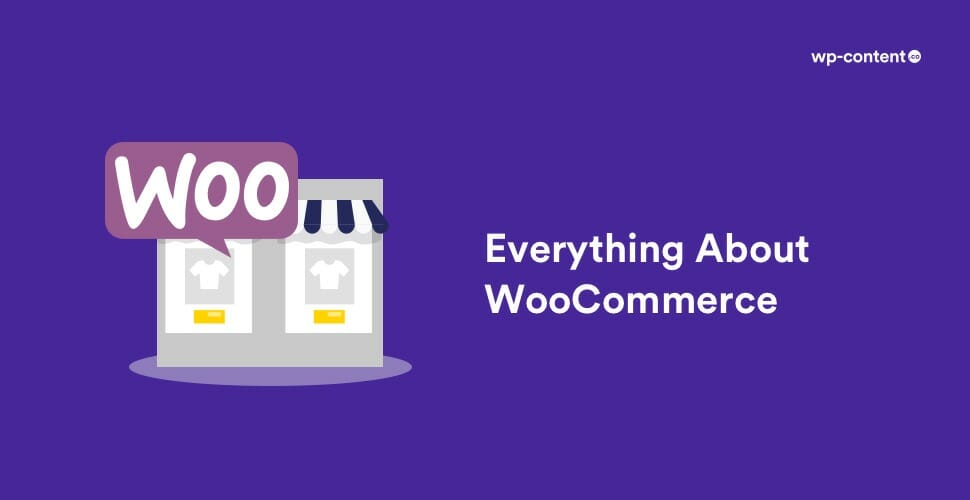 If you have heard the term “WooCommerce”, chances are you already have a WordPress site, and you are ready to start an online store, well, just about anything. But for those who haven’t heard the term, WooCommerce is a plugin for WordPress, which makes a WordPress website into a fully functioning, feature-rich eCommerce store. In this post, we will cover what WooCommerce is and a brief history of it.

As mentioned above, WooCommerce is a plugin that blends easily with your current WordPress site, converting your site into a fully working e-commerce website with just a few clicks. According to data, WooCommerce powers 30% of all e-commerce stores and the number has only been increasing. It currently runs over 99% of e-commerce websites in the US, UK, and Canada.

To say without decoration, WooCommerce has it all – all the requirements that a new online store owner might need, all the malleability with endless design options. WooCommerce is also very extendable, because of its Open Source culture. Thousands of capable developers have built features, called extensions, which integrate specific elements to WooCommerce. Famous WooCommerce extensions include WooCommerce Subscriptions and WooCommerce Memberships, which permit you to obtain recurring payments and incorporate a paid member system using the software respectively.

Also read: How to Build an Online Store with WooCommerce?

The History of WooCommerce

Though now owned by Automattic, WooCommerce was actually developed by a company called WooThemes. So, how did it all start? Let’s take a look at the history of WooCommerce.

Woo Themes was launched by Mark Forrester, Magnus Jepson, and Adii Pienaar in 2009.  It was started as a globally distributed company with a small IRL presence in Cape Town. They were trading their products as ‘Premium News Theme’. Initially, their business ties were based fully online. It was in April 2009, these guys met for the first time.

The Birth of WooCommerce

While focussing on the development of WordPress themes, they realized that their customers required more functionality. As a result, they decided to step into the world of plugin development. In order to create their first plugin WooCommerce, they hired Mike Jolley and James Koster, then designers at Jigowatt. That time the two worked on an eCommerce related project mentioned as JigoShop. Later they dropped out of it and moved fully to WooTheme.

WooCommerce, came into being on September 27, 2011, allowing users to mould their WordPress site into a professional eCommerce storefront. In August 2014, WooCommerce helped with about 381,187 destinations. Due to popular demand, WooCommerce very quickly became one of the biggest eCommerce software in the world, achieving 1 million downloads in just two years.

In 2014, WooThemes conducted the first WooCommerce conference in San Francisco, bringing together 320 people from around the globe. The company also launched its first free theme, Storefront during that time. By August 2014, WooCommerce was downloaded 4 million times!

In 2015, WooCommerce achieved about $ 7 million, of which 30% are from the online stores, and there was a desire to grow even further. WooThemes was looking forward to uniting with someone who shared their values, culture, and work ethics – a partner who could also help them to expand their team and market share. As a result, in mid-2015, Automattic (the company behind WordPress.com), acquired WooCommerce and its parent company, WooThemes.

It was Automattic’s biggest procurement to that date and has maintained to experience explosive growth in the years since. Fast-forward to today, WooCommerce revenue now represents a significant part of WordPress’s overall revenue.

The reasons behind Matt Mullenweg decision to acquire WooCommerce includes:

No details were given on how much Automattic paid for WooCommerce but it is speculated to be around $30 million. After the acquisition, WooThemes dropped the “Themes” in it and became WooCommerce, as it was their ‘star’ product by far, by this time. Automattic also had reset the accreditation system, which was called “affiliated WooWorkers” and renamed it to as WooExperts initially with Gold, Silver, and Bronze status, which they removed in December 2017.

WooCommerce has more than 5 million active installations at present and has been downloaded approximately 100 million times. This shows that the WooCommerce platform is an all-in-one solution to create online stores without difficulties. For this reason, it’s so popular and the number of online stores based on it is growing daily.  The current version of WooCommerce is 4.2.0 and can be installed directly from the WordPress repository. Some of the key skills of this plugin are:

More than 1,300 WooCommerce themes are available on ThemeForest and 1000+ themes are present in the WordPress.org directory that are compatible with WooCommerce. Additionally, WooCommerce’s performance can be stretched out through official extensions as well as third-party plugins.

WooCommerce is developed to get started as simple as possible, with an easy installation and Setup Wizard to get your e-commerce store up. Since WooCommerce is compatible with WordPress, it blends well with most WordPress themes. You can select the official WooCommerce theme, Storefront – and just like the plugin, it’s free of charge. With WooCommerce, you are the one in charge of your data at all times. Data related to customer history and purchases, as well as store performance, is vital to running a successful e-commerce website.

Once you have started an online store with WooCommerce, sometimes you need to improve some of its default features to befit your or your customer’s needs. You may wonder how WooCommerce manages to run the show as its main product is free? The answer is through its extensions. Even though the WooCommerce plugin is free, the extensions it offers for the main part are not. However, the prices are completely reasonable. At the same time, some extensions of WooCommerce are still free, such as PayPal payments, AmazonPay, and LiveChat. Here are some of the well known WooCoomerce extensions:

At present, this eCommerce platform has a community of over 750 developers who contribute frequently. These developers integrate new code and fine-tune the current platform. Furthermore, WooCommerce has a dedicated team of 40 extensions developers who control the platform’s current extensions and take care of the new developing products in association with other businesses.

So much has changed from the period of time when WooThemes first started developing WooCommerce, to when it was finally acquired by Automattic, and the WooCommerce versions you get today. As mentioned earlier, WooCommerce is an eCommerce platform created specifically for WordPress.

There are many other prominent eCommerce Plugins you can use to run your online store. But if you are using WordPress, WooCommerce is surely the way to go. The answer to “Why should I use WooCommerce?” is obvious. From ease of use to SEO, control over inventory to mobile readiness, WooCommerce is the best choice for your WordPress e-commerce site!

Can I use WooCommerce without WordPress?

No, you can’t. WooCommerce is a plugin for WordPress so can be used only on WordPress websites.

From where can I buy WooCommerce extensions?

You can select the extension of your choice from the Woocommerce website. Some products are free while others are reasonably priced. Find the product you wish to purchase, click the Buy button, and then select your subscription or package. You’ll be redirected to the checkout page where you can log into your existing WooCommerce.com account to use saved information or register a new account.

Is WooCommerce easy to use?

It is extremely easy to use WooCommerce for an online store. You need not have any coding skills to set it up. To build an Online Store with WooCommerce, you can follow the steps given here.

News, deals and exclusive updates, delivered to your inbox every Tuesday. Subscribe only if you love WordPress. We hate spam too.